I just searched the word "loadout". What would you expect to find? 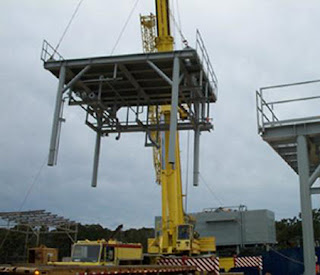 Nope. None of these things hit the first 2 1/2 pages of Google results.

Loadout probably means something to you that it doesn't at all to me. At least if you came here as a some-time gamer. Loadout is--at least on the web--the uniform, gear, weapons, etc. with which you equip your character in a game like Halo or Call of Duty.

Long ago--long before this blog, before in fact most readers would have heard of the Net--I had this dream: Learning could be accomplished on a computer.

The dream was actually much more than that. The dream was that computing could change school, could change learning. Could change the basic relationships between students, teachers, and the state; between publishers and teacher trainers and certifiers; even with the People who pay the bill.

Unimagined advances in tech have since arrived. Retina displays? Full screen, high def video via the net? Personal blog, video, book publishing? None of that was in the vision. But the changing of school was. 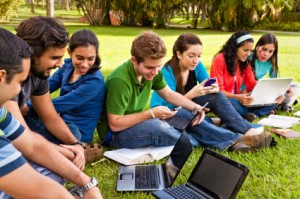 In 2012, school still hasn't changed. Students have changed, with the games and tools they are growing up with. Teachers have. Publishers have. Even legislatures are digital. School--the teaching, the learning, the assessing is still analog. And still very hierarchical and '1950's-ish-institution-driven.

Yet yesterday I had the hope that we might finally be at that last real barrier to systemic flip. It's possible. Pray, summon the Force, tune yourself to the cosmic field,...maybe we can make this last bridge.

Universities have already committed down the path. They don't all like it; a survey recently showed most professors don't embrace it at all. Yet online classes have proved their tenure; blended classes in the academy are almost the norm. What remains is to connect this model to the average K-12 school.

Yesterday morn it still looked a long slog. I have hope today that the students can save us. I have hope that we can give them just enough power that they can drive their own paths into digital and blended learning. Hope that the walls between classrooms might blur a little; that teachers can become focused on learners not delivery; that quietly occupying a seat will no longer be the main activity of a student.

I've advocated for the last link to this for two years now; worked on little else the past six months. I truly hope and pray I'm not overly-optimistic with this post. But maybe, maybe...it could actually be time...
Posted by Ed at 6:24 AM 1 comments

Last weekend was an amazing experience: Startup Weekend Columbus. You've heard of them, maybe even heard of the Startup Bus. A hundred-some strangers get together Friday night, pitch a bunch of ideas, choose some, and then for the next 54 hours work them into reality.

I did pitch an idea--national support for credit flex--but bombed the pitch entirely. Somehow made it out to be about dropouts. (Which it is for me, but that's entirely beside the point). A winning idea got 12 votes; my pitch got one--mine.

The team I ended up on was an amazing piece of serendipity. Actually, it's rather unbelievable. It was a team to address childhood literacy, and in a way that makes much more sense than most. it was a team to get kids to challenge each other to read books.

TechCrunch covered the weekend. I'm in that lonngg line waiting to pitch. Maybe one of the other teams will make it rich and I'll be sorry that serendipity intervened.

For now, though, I'm just amazed. Amazed because 3rd grade literacy has become for me the second pillar of breaking the back of the dropout crisis. (Well, school-wise, the first pillar). Myself I've long been focused on compelling Middle School and High school content as critical to keeping students in. But if they can't read, or if they read poorly, all the videos, games, and interactives in the world won't help them to make the transition from student to fully-engaged adult.

I've just recently come to see how that is the central issue of K-6 education, and to stumble upon an amazing visionary leader with a great idea for taking this on, well...how many such events could I have gone to never expecting the complimentary vision to mine?!!

A word about the serendipity of the rest of the team, too. Again, you could go to a hundred such events aiming to target K-6 children...and you might get the software and the business plan. If you were really lucky, you might get a few sketches out of the event. Our intrepid leader actually found a passionate drawer of children's characters and scenes! How fortuitous is that?! And one with the professional time to pull it off. What an astounding stroke of luck.

About the team leader, the visionary who saw this solution. She's an elementary principal. She sees this as something totally missing from the set of tools out there. She came prepared--lots of research. And on Saturday she charged out into the community to ask them, to get their take.

Not one in a hundred teachers would have the desire and guts to venture into a high-speed startup event; far fewer commit to an entire weekend with pitch-men, hackers, and designers. And for one with the responsibilities of principal-ship on her shoulders as well,...rather gutsy and tenacious.

You'll almost certainly see this project launch, and I believe you'll see it thriving with a child near you. And I believe it will be one of those rare education apps that really does change the world.
Posted by Ed at 7:04 AM 1 comments